Soft materials are ubiquitous in everyday life, including products such as food and cosmetics, but also biological and bioinspried materials in general. Chraracterise by energy scales that are influenced by thermal motion, they show complex features over a wide range of length and time scales. Computational soft matter research aims to understand and predicted the emergent complexity of soft-matter systems by means of simulations, theory and modelling. This interdisciplinary discipline requires a combination of advanced computational methods, theoretical physics and chemistry, as well as more recent data-driven methods. The computational soft matter laboratory has been recently founded to simulate the interdisciplinary effort . 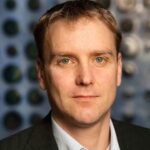 Structural architectures in living cells, such as the cytoskeleton in muscle or plant tissue, are both viscoelastic and active, i.e. undergo continuous injection of energy, leading to remarkable collective, non-equilibrium properties. The thermodynamics, kinetics and statistical mechanics of such systems are far from understood. While active fluids (swarms, swimmers) have seen an explosion of interest recently, their solid (elastic) counterparts remain completely unexplored and understanding such phenomena remains one of the grand challenges of modern statistical physics.